What is Cyber Threat Intelligence

Gartner has defined cyber threat intelligence as “evidence-based knowledge, including context, mechanisms, indicators, implications and actionable advice, about an existing or 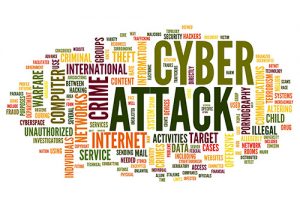 emerging menace or hazard to assets that can be used to inform decisions regarding the subject’s response to that menace or hazard.” So how does that relate to companies?

Cyber threats to companies come in many forms. Some of the more common threats include:

And that’s just the tip of the iceberg! Companies are also faced with Spoofing, Spyware, Trojan Horses, Viruses, Worms….the list goes on. Any one of these cyber threats can damage a company’s infra-structure, allow data to be illegally accessed, or shut down business altogether. The DDoS attack in late 2016 brought down sites including Twitter, the Guardian, Netflix, Reddit, CNN and many others in Europe and the US. In 2016 SonicWall reported 638 million ransomware attacks . That’s more than 167 times the number of attacks in 2015.

The FCS Cyber Threat Intelligence Analyst helps companies predict the activities, behaviors and actions associated with the 21st Century corporate, economic and governmental threats to business outcomes. These include hacking, ransom-ware, viruses and other forms of electronically based mayhem.

The challenges for businesses continue to grow as today’s cyber-thieves are able to use increasingly advanced tools and techniques to circumvent computer network defenses. Many “hackers” go undetected during the intrusion, and then remain hidden on networks, continuing to pilfer corporate secrets and intellectual property.  Therefore, businesses need to create effective threat intelligence and form incident response strategies.

With cyber threat intelligence, your business is at an advantage. By using information to prepare and respond, you can reduce hacker success rates. Our Cyber Threat Intelligence Analyst provides a vitally important method for your company to manage detection programs, and create tailor made strategies for handling incidents, thereby limiting potential damage and reduce recovery time and costs.

FCS Incident Response Team helps clients recover from a cyber breach. We help our clients protect themselves from further  attacks by preparing an organized approach to handle a security breach in a way that will limit damage and reduce recovery costs.